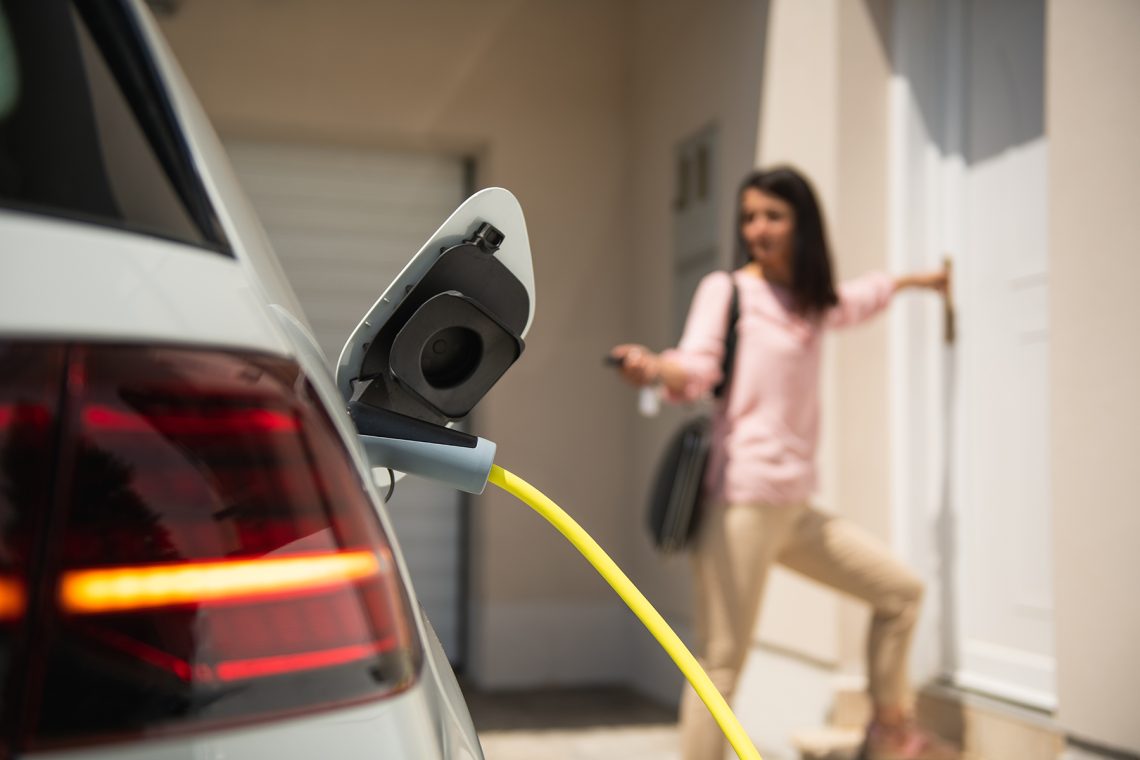 TO BE INSTALLED IN EVERY NEW HOME

England will be the first country in the world to introduce mandatory electric car charging points for new-build homes.

All new homes in England will have to be fitted with charge points for electric vehicles, as the government seeks to facilitate the infrastructure improvements necessary for the planned mass-adoption of electric vehicles.

The news comes as Department for Transport has announced a public consultation on the subject. If the planned changes to building regulations go through, it would force homebuilders to install charge points so potential owners could easily charge their plug-in hybrids and electric cars at home. The move would mean buyers of new-build homes would not need to make use of the Government’s home charger subsidy scheme, which has seen almost 100,000 wall-boxes installed.

No mention has been made of how new-build houses without off-street parking would be fitted with charge points, but last week the Government invested nearly £40 million into research projects that included wireless charge points, and charge points that rise up from the pavement.

The drive towards EVs comes as the UK Government sets out to meet stringent targets for air quality and pollution caused by internal combustion engine emissions. From 2040, the £1.5 billion Road to Zero strategy will see the sale of all new cars without electrification banned. Details of this remain thin on the ground, but it is understood new cars will have to be able to travel for 50 miles under battery power in order to be allowed to remain on sale, essentially removing all cars but pure electric cars, plug-in hybrids, and hydrogen cars from new-car showrooms.

In a separate announcement, the Department for Transport said all public charge points should accept contactless payments, with no need for a subscription, from next year, saving EV and PHEV owners from having to sign up with the numerous separate companies that run the UK’s network of public chargers. The DfT is also further investigating ‘smart’ charging, which makes best use of peak and off-peak electricity rates, and could see EV’s act as a hive-like network of power storage when large amounts of electricity are generated by wind turbines, for example.

As well as Road to Zero, the Government has also announced the UK is to be carbon neutral by 2050. With transport accounting for around a quarter of all greenhouse gas emissions, improving and reducing emissions from cars is a key target on the path to achieving this ambition.

Announcing the plans to mandate charge points in new-build homes, Transport Secretary Chris Grayling said: “Home charging provides the most convenient and low-cost option for consumers – you can simply plug your car in to charge overnight as you would a mobile phone.”